As a part of my mission to  create world peace one relationship at a time I am sharing with you what I have learned or created.

Feel free to use these resources for your work and share with whomever that might benefit from them. To receive further material in the future join the community by clicking the button below.

Join the Community
Roles and Goals for 2022

Join the community by clicking the link above and a downloadable version of the exercise will be emailed to you momentarily.

Join the community by clicking the link above and a downloadable version of the exercise will be emailed to you momentarily.

Wheel of Context for Sexuality Education 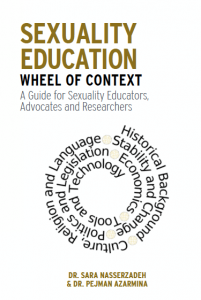 Dr. Sara published Sexuality Education Wheel of Context in early 2017 with Dr. Pejman Azarmina. The Wheel of Context was created as a practical framework to ensure that educators, advocates, and researchers in the field of sexuality education maintain a holistic perspective on a selected number of key contextual factors that may influence, hinder, or catalyze their work.

The Wheel of Context may also help provide a greater appreciation for the communities we serve and ultimately lead to more desirable outcomes for our programs or projects. It is not only a tool to build consensus and alignments at the onset of a project, but also a medium to facilitate dialogue among stakeholders, create solutions out of conflicting ideas and a measure to deepen our understanding about the root causes of unforeseen barriers and resistance that we may face.

“We can have all the knowledge in the world but without considering the context, we are all forced to operate from our place of ignorance as prisoners of our individual silos.” 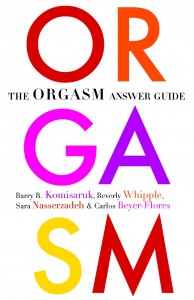 Dr. Sara co-authored The Orgasm Answer Guide with three esteemed colleagues in 2011. The Answer Guide answers common questions about one of life’s most fascinating experiences.

In an accessible question-and-answer format, four of the world’s leading sexuality experts address every aspect of orgasms: how they happen, why they don’t, and what can be done to enhance sexual experiences. The authors provide clear and informed answers to more than 80 common questions, including:

Dr. Sara’s doctoral thesis was published as a book by Middlesex University Press. This research was a triangulation study based on a phenomenological approach to health-seeking behaviors and motivation models.

Dr. Sara In the Media

As a former member of the international Federation of Journalists (IFJ), Dr. Nasserzadeh has high appreciation for the power of media and the role it could play in educating a wide range of audience. Below are examples of these collaborations. Her audience mostly know her as “Dr. Sara.”

One of the 16 segments from Dr. Sara’s program on BBC Persian TV around most commonly asked questions about sexual health. 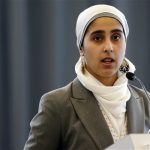 Dr. Sara Joined The NPR Worldview to discuss the influencing factors around “The culture around silence” around sexual molestation and abuse. 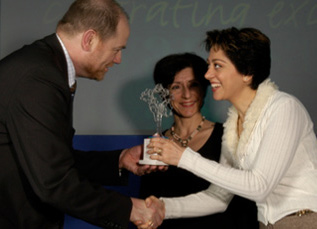 Dr. Sara was the creator and host of this award-winning radio/online program on sex and relationships for the BBC World Service, Persian section. In this photo, Dr. Sara is receiving the BBC World Service Award for the Innovation of the Year from Mark Thompson, Director-General of BBC in February 2007.

Link to the Whispers Season 1

Link to the Whispers Season 2

Link to the Whispers Season 3

Dr. Sara joins Worldview to shed some light on the sexual realities of the Middle East at the NPR studios in New York, April 2012.

Dr. Sara was interviewed by ABC’s (Australian Broadcasting Corporation) leading religion journalist Stephen Crittenden twice, first when she was invited by the UNESCO Institute of Education in Hamburg in 2002, and then when she was attending the World Congress for Sexual Health in Australia in 2007. The Religion Report was a program that covered religious affairs in Australia and around the world from 1999 to 2009.

See Transcript of the Interview

In this vibrant and entertaining dialogue, Laura Aiisha asks the most common questions her listeners have about love, intimacy, linguistics of romance and more.

In this lively conversation Dr. Sara offers a new perspective on passion

Interview: When is it really time for couple therapy?

In this CNN article, Dr. Sara joined her colleague Dr. Ian Kerner to answer this critical question. When couples reach out for professional help, it is sometimes already too late. Their relationship has suffered multiple traumas, dysfunctional patterns are in place and resentment level is high. When it comes to healing your relationship timing is everything.

Featured Interview: In Norwegian: Ekspertens Fem råd for partnervalg (in English Turning love on its head: an antidote to love confusion)

Dr. Sara was interviewed by Ingunn_Saltbones  and was featured @VGnett. The article discusses her model of love Emergent Love vs Submergent Love  and the 5 ingredients necessary in a relationship to thrive.

In this CNN article Dr. Sara Joined Dr. Kerner to bring some insight into mindfulness and sex.

Interview: How the Japanese ‘love hotel’ trend can improve your sex life?

CNN’s Dr. Kerner this time asked Dr. Sara to bring her global expertise to the table by providing some perspectives about love hotels in Japan.

Interview: Why Size Actually Does Matter

In this Glamour Magazine article written by Kaitlin Menza, Dr. Sara argues that popularity of a large ‘male package’ is overrated. 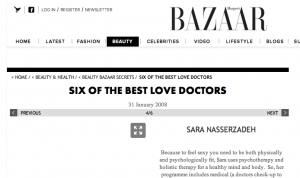 Dr. Sara believes in using a holistic approach for a healthy mind and body. In her interview with Harper’s Bazaar, we learn that to feel sexy, we need to be both physically and psychologically fit. She describes her holistic approach in treating sexual problems at her practice in London.

Interview: Ultimate Sex Tips from the Women Who Know Best!

An interview with the Daily Mirror: 25 tips from Dr. Sara and 5 other top sexologists in England on how to put the ‘x’ back in your sex.

Press Release: Dr. Sara Nasserzadeh to Star in NAKED IN A FISHBOWL

A press release announcing Dr. Sara’s guest star performance in Naked in a Fishbowl in 2011. According to Dr. Sara, “It will be a pleasure to join the talented cast of Naked in a Fishbowl. I will use any channel to get accurate sexual health information to people out there.” 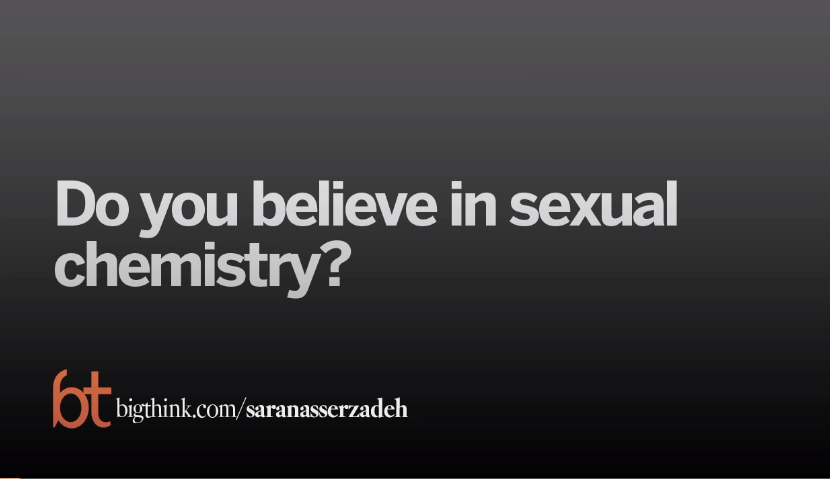 Two episodes on genConnect about faking organism and the secrets of sex. 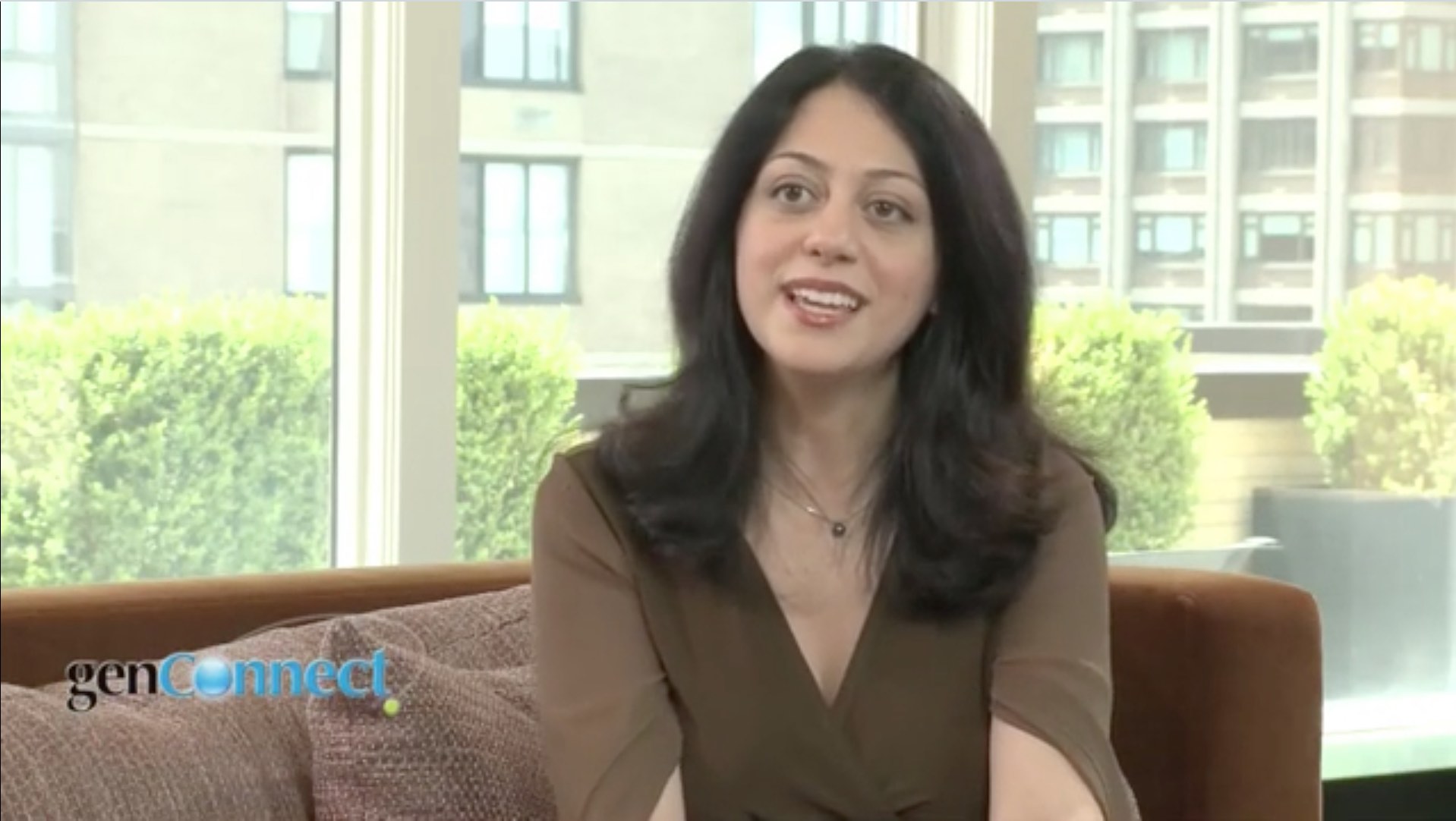 Naked in a Fishbowl

Dr. Sara improvising on an off-Broadway show in New York.

Read more from Dr. Sara on her blog!

Life is worth living for the teachable moments and for the people that share those moments with us. The Little Black Fish podcast aims to decode the art of thriving relationships from bedroom to boardrooms by bringing you relevant and accessible wisdom from reliable sources.

You can see all the episodes below. Thank you for listening!

Moving from Racial Literacy to Becoming an Antiracist- Bonus Episode

Today, I am in dialogue with my dear colleague and mentor Dr. Kenneth Hardy. Dr. Hardy is one of the most original voices in the discourses around racial identity and family therapy. We touch upon three main topics: 1) multiple identities that we each hold and the intersectionality of these identities. 2) the notion of reality and how it could be different based on our privileged identities and areas of subjugations. 3) VCR (Validate, Challenge and Reassure) as a tool to acknowledge and heal rage within ourselves and our larger society.
Listen to our dialogue

Today, I am in dialogue with my dear and highly respected colleague Dr. Barry McCarthy. We talk about how couples get stuck when it comes to their sex life and strategies to help them learn their sexual voice and how to use it to get unstuck in the bedroom. We also address the notion of rekindling desire in long term relationships, gender differences when it comes to the experience and expressions of sexuality and more. Barry offers his years of experience in working with couples in simple and tangible language so there will be something for everyone to take away and put to use.
Listen to our dialogue

The Art and Science of Self-Care

Special Thanks to the LBF team season 1